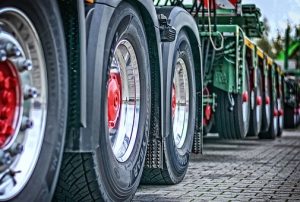 How To Be Sure You Are Getting The Right Driving Licence.

Today, the freight industry is booming, and the demand for van and truck drivers is high as well. As such, if you are looking for a lorry-driving course, the truth is that one may easily be confused with the licensing terminologies used.

This is quite evident when looking for driving job online, using daily newspapers, magazine, ads, and more. You will notice the terminologies used by many companies, which is LGV and HGV. These terms are used to refer to truck driving jobs, with an average vehicle weight of over 7.5 tonnes. You could also look at a Cat C Licence.

LGV and HGV – What is the difference?

The truth is that HGV and LGV are terms that can be confusing to many, especially if the person is new to logistics, and transport industry. There are drivers who are not sure of the licence they need for the role they want to play in the employment sector.

First, you have to note that in the UK, the correct spelling for Licence is with a ‘C’ and not an ‘S’ (License). This will not hold you back from getting a job but recommended to be used.

The next step is differentiating and learning more about the two abbreviations used in driving licences.

Under the European and UK law, both LGV and HGV licences refer to one and the same thing. Both licences cover all commercial trucks that weigh more than 3500kgs; such as ADR, Tippers, Flat Beds, Luton’s, Box Vans, Trucks, Drop Sides, and others.

The confusion between the two often comes from the incorrect use of the term LGV. In most cases, people believe that it stands for Light Goods Vehicles such as Pickups, and Vans; whose overall weight does not exceed 3500kgs. What many people do not know is that they can drive any vehicle with an ordinary car driving licence (the ‘B’ category); as long as it does not exceed 3500kg, which is 3.5 tonnes.

Where Does The Term HGV Come From?

In the UK, vehicle taxation varies depending on its construction, engine size, fuel type, emissions, weight, and the purpose of the vehicle. As such, the term HGV came about when vehicle taxation deepened in the UK, and it was used to differentiate or categorise vehicles for taxation purposes.

During those days, any vehicle that had a gross weight below 3500kgs was referred and categorised as Light goods vehicles. On the other hand, those that exceeded 3500kgs were referred to as Heavy Goods vehicles. However, in the year 1992, vehicles with over 3500kg were defined as trucks, and therefore the term LGV changed to Large Goods Vehicles, in order for the UK to align with the European Licence categories. For this reason, today, there is no difference between LGV and HGV.

Remember, many people are still using the old style of categorisation. For this reason, do not be surprised or confused when you come across the terms like LGV Class 1 or HGV Category C in your job search.

In the past, LGV C1 (HGV Class 3) licences enabled someone to drive a vehicle over 3.5 tonnes and not exceeding 7.5 tonnes. However, today, this licence is for those who intend to drive restricted vehicle sizes (like an ambulance or horsebox). However, home and local delivery vehicle drivers have C1 licences.